Chrissy Teigen quit Twitter earlier this week after revealing it was taking a toll on her mental health.  It's probably a good idea for ALL of us to reevaluate our relationship with social media.  Here are four signs you might need a break . . .

1.  You compulsively check your phone.  We're all way too attached to our phones to begin with, but if you're checking your notifications, messages, and likes every few minutes, or in a way that affects your job or family time, that's a big problem.

2.  You wake up or fall asleep feeling "off."  If you're waking up worried about something you said or saw on social media the night before, it might be time to set some boundaries with your accounts.

3.  Your real-life interactions are suffering.  If you've been interacting with your friends and family less while getting wrapped up in Facebook arguments or scrolling on Instagram, it might be time to reassess your priorities.

4.  You've started viewing yourself negatively.  Social media can be dangerous because people only share things they want you to see.  It's like viewing a "highlight reel" of their life.

And if you're constantly comparing yourself to someone else's highlights, it might make you feel anxious, depressed, or lonely when your life doesn't quite measure up.  If that happens, it's definitely time for a break.

You've probably spent a LOT of time inside your house in the past year . . . more than you ever expected.  So what have you done to the place to make yourself happy . . . or at least SANE?

A new survey asked people what they do to their house to put themselves in a better mood.  And the top three are . . .

3.  Set the temperature so it's comfortable.

The survey also found two-thirds of people have taken time in the past year to try to fix up their place so it helps their mood.

I meant to check the weather last night, and then spent 20 minutes researching why cats are afraid of cucumbers.  So this definitely applies to me . . .

The average American falls down an online "rabbit hole" five times a week, according to a new survey.  That's where you get sidetracked or sucked in, and end up researching something you didn't mean to.

We spend an average of eight minutes on a topic each time it happens.  So that's a total of 35 hours a year researching stuff accidentally.

The most common subjects we do it with are celebrities or entertainment . . . news and current events . . . history . . . science . . . and health issues.

Politics, true crime, and technology also made the Top 10.

The first day of spring is tomorrow.  Here are some ways the changing season could make you happier and healthier . . .

1.  There's better light.  We just changed the clocks so it's brighter later now.  And the sudden jump in the amount of sunshine we get can have a big impact on our mood.

2.  The sky is bluer. It's not your imagination, the sky actually looks more blue in the springtime.  It's due in part to the Sun's position in the sky this time of year.

4.  Activities like gardening are a mood-enhancer.  Any activity that gets you outside and moving is probably good for your health and wellbeing.  It can affect everything from your metabolism, weight, and mood, to things like cardiovascular disease and even eyesight.

Copyright © 2021, The Guardian. All Rights Reserved

A lot of people have trouble falling asleep on time after we spring forward.  But here are five things that can help you adjust . . .

1.  Get some exercise today.  Even a brisk walk can help your body crave sleep a little more and compensate for that extra hour.  Just don't do it too late in the day.  The Better Sleep Council says no later than two hours before bedtime.

2.  Skip that extra cup of coffee later in the day.  Caffeine stays in your body up to 12 hours.  And even if you swear it doesn't affect your sleep, it won't hurt to cut yourself off a little early.

3.  Don't eat dinner too late.  Try to eat at least three hours before bed.  Later than that can mess with your sleep.

4.  Don't drink tonight.  Alcohol can help you fall asleep faster, but the quality of your sleep suffers.  So if you're trying to adjust and get a good night's sleep, avoid booze.

5.  Put your phone away.  You've heard it a million times, but the blue light messes with your hormones and keeps you up.  And the stimulation from scrolling or playing games makes it harder for your brain to relax.  So if you need to fall asleep tonight, stop using your phone and computer one hour before bed.

(WJW/NEXSTAR) — Netflix is cracking down on those who may be borrowing other people’s passwords to watch its streaming service.

The streaming platform and production giant is attempting a trial crackdown by sending pop-up messages to those they think are watching by way of someone else’s account.

The prompt tells customers “If you don’t live with the owner of this account, you need your own account to keep watching.”

In order to continue, they need to verify the account with a E-mail or Text Code, or create a new account with a 30-Day Free Trial, according to The Streamable.

A Netflix spokesperson told The Streamable, “This test is designed to help ensure that people using Netflix accounts are authorized to do so.”

Some users report they simply pressed “verify later” and the warning has yet to return a second time, according to GammaWire. Netflix terms of use state an account can only be shared with members of your household: “The Netflix service and any content viewed through our service are for your personal and non-commercial use only and may not be shared with individuals beyond your household.”

It’s not clear if the tests will lead to more widespread account crackdowns.

BRECKENRIDGE, Texas (KTAB/KRBC) – A 9-year-old Breckenridge boy is being hailed as a hero after saving his family and their home from a fire early Thursday morning.

Rhyder Patterson was in his room around 1:30 a.m. when he looked out his window and saw smoke.

The 9-year-old boy says he first thought it was his family outside roasting S’mores, but quickly realized when he saw flames, the house had caught on fire.

Patterson walked into his mother and stepdad’s room to alert them.

“He comes busting through the door, ‘Mom, the house is on fire,'” said Rhyder’s stepdad, Anthony Briseno. “As I’m coming through this bedroom door, I look out this window and I could see the glow of the flames.”

Briseno says a section of the front porch had caught fire and then it quickly spread into one of the children’s rooms.

“[The room] was filled with smoke and the flames were coming [up from the bottom of the home],” said Desaray Briseno.

Rhyder was able to get his siblings out of the house, but before he walked outside, he made sure to close his sister’s bedroom door when the fire had started.

Rhyder helped both Desaray and Anthony fill buckets of water to contain the blaze until the fire department arrived.

Fire crews say if it wasn’t for the 9 year old, who closed the bedroom door, the whole house would have caught fire.

“Looking back, I sit and cry about it because I think, I don’t know where he got it from. [Rhyder] was so calm,” said Desaray.

Rhyder says it was just his instinct to close the door because he’s done it so many times before.

The ACM nominees were announced Friday, and Chris Stapleton and Maren Morris picked up six each.  Miranda Lambert got five, which ups her career total to 68, and keeps her as the most-nominated artist in ACM history.

For the first time in ACMs history, four Black artists were nominated.  They are:  Jimmie Allen, Kane Brown, Mickey Guyton, and John Legend.  John shares the Video of the Year nomination with Carrie Underwood for "Hallelujah".

Here's another milestone:  Every nomination for Single of the Year features a woman artist.  Those being Miranda Lambert, Gabby Barrett, Ingrid Andress, Maren Morris, and Carly Pearce, who shares her nomination with Lee Brice.

And the ACMs weren't kidding about "halting Morgan Wallen's eligibility" for this year's awards.  He got zip.

Here are five things to look forward to in March . . .

1.  Daylight Saving Time starts this month.  We spring forward on March 14th.  So the days will start feeling a little longer, but in a good way.  And after some crazy late-winter weather, the first day of spring is coming up on the 20th.

2.  The first March Madness in TWO YEARS gets started March 18th and runs through April 5th.  Last year's got cancelled because of covid.  It's the only time that's ever happened since the tournament started in 1939.

3.  The Golden Globes were last night, but we've still got The Grammy Awards in two weeks on March 14th.  Then the Oscar nominees are announced a day later.

5.  And finally, the holidays.  The big ones are St. Patrick's Day on the 17th, and Passover, which starts March 27th.  But we've also got some lesser-known holidays coming up . . . 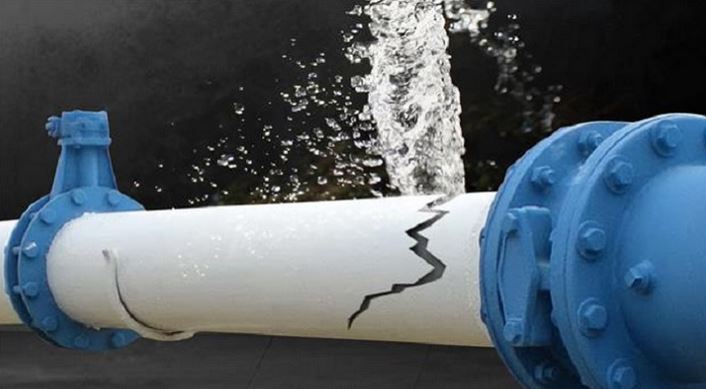 ABILENE, Texas (KTAB/KRBC) – Local non-profits are teaming up to help some Taylor County residents who are dealing with damage from February’s severe winter weather.

“Homeowners living in Taylor County with low income, without insurance or with a high insurance deductible that homeowners are unable to meet” are welcome to apply, United Way of Abilene explains.

The following documents are required at the time of application:

Applications can be downloaded here. Once completed, send them to the United Way of Abilene via at uwab@unitedwayabilene.org along with the required documents.